As part of the Rebuilding Shattered Lives campaign, APIL-accredited senior litigator Samuel McFadyen – an Associate Solicitor in the personal injury team at Hudgell Solicitors – shares his passion for securing comprehensive rehabilitation packages for people left with life-changing injuries after an accident at work:

Mike Benner, CEO at APIL, rightly says “injured people deserve a voice” as they seek redress to “put their shattered lives back on track”. His comments about how “an injury can happen to anyone at any time” reminds me of a case I am currently working on involving a man in his early 20s.

He suffered a life-changing injury when a half-ton weight landed on his foot resulting in several of his toes being amputated and partial amputation of his foot. When he went to work that morning, the last thing on his mind was that his life was going to change forever. He had his whole life ahead of him… and as far as I am concerned, he still does!

The incident is the subject of a HSE investigation, which could take some time, but in the meantime this young man’s life, nor his family’s, can’t be put on hold – a comprehensive rehabilitation package is essential at the earliest possible stage. We have secured an Immediate Needs Assessment, and the implementation of recommendations set out in this report, while the investigation is ongoing.

A case manager has been instructed to oversee his rehabilitation and start to put together a multi-disciplinary team of therapists. This includes a psychologist to provide cognitive behavioural therapy treatment, private physiotherapy, and an occupational therapist who has identified adaptations to his home to help with day-to-day life.

A taxi account is also in place, while a driving assessment is planned with a view to identifying requirements for an adapted vehicle to promote independence. There will be much more to do later involving input from private prosthetics/orthotics specialists, particularly once he has undergone further surgery.

It’s all about promoting as much independence as possible, which ties back into rebuilding shattered lives after a life-changing injury at work. We help to instil a sense of worth and purpose, to encourage the injured to tap into that self-motivation to make the best possible recovery.

Another recent case I was involved in again involved a young man, who suffered a serious leg break on a farm when his right leg became trapped under a steel beam. The leg break was so bad that he was informed 16 months later the fracture had still not reunited and he needed further extensive surgery to include fitting an external fixator.

I was able to secure a long-term rehabilitation support package to ensure he has the ongoing care, counselling, dietary advice, occupational therapist input, physiotherapy, personal trainer sessions, and vocational assessment to get his life back on track and regain his independence and mobility.

Often in such cases, people just see the headline figure of the damages awarded, but this case was another prime example of giving this young man all the help he requires to rebuild him for his life ahead. This included helping him re-train for an alternative career in a sedentary role with the necessary IT skills, as he was unable to return to his former work.

Putting early rehabilitation in place maximises the best possible recovery. Helping individuals become as independent as possible is a fantastic driver for recovery – to be able to do things for yourself and not have to rely on others promotes self-worth and provides hope for the future. This is very much at the forefront of our minds at Hudgell Solicitors, particularly at the early stages of a case.

It’s all about preparing injured individuals as best we can for the future to help rebuild their shattered lives. 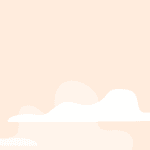